Why Public Schools So Often Fail to Recognize Black Prodigies 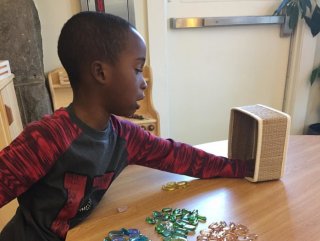 Amid numerous articles about how Black students lag behind others in educational achievement, occasionally you may hear about a young Black “prodigy” who got accepted into college at an early age. According to Donna Y. Ford, an education professor at The Ohio State University, there could be far more Black prodigies. But it would take the right support from families, who may not be familiar with some of the characteristics of gifted students and the existence of gifted programs, and educators, who often overlook the talents of Black students. Indeed, while Black students represent 15.5% of the student population in the U.S., they represent only 9.9% of all students in gifted and talented programs. In the following Q&A with education editor Jamaal Abdul-Alim, Professor Ford – who has been a consultant for Black families thinking about sending their gifted children to college early – argues that public schools are holding back Black talent rather than cultivating it. The Q&A has been edited for clarity and brevity.

Donna Ford: The No. 1 reason for the underrepresentation of Black students in gifted education is the lack of teacher referrals, even when Black students are highly gifted. I definitely think stereotypes and biases hinder educators from seeing Black students’ gifts and talents. In most schools in the U.S., if you are not referred by an educator, you will not move through the identification pipeline for gifted education programs and services, as well as Advanced Placement. It starts and it stops with teachers.

This is why Black families have reached out to me. They’re saying, “This predominantly white-female discipline” – meaning teachers – “is doing my child an injustice.”

They’re saying, “I’m frustrated, I don’t know what to do other than pull my child out and home-school.” You don’t see a lot of Black home-schooling. If the parents are able to do it, they have the means.

Abdul-Alim: Are these children really prodigies or do they just have parents who are just really actively involved and concerned about their children’s education, and recognize the public schools are doing them a disservice?

Ford: There’s a lot of controversy in the field about how children become gifted, no less a prodigy. To me, it’s not just nature or nurture. It’s both. So nature is they have the capacity, the potential. And then nurture is they have the experience, the exposure, the opportunity, access. And that includes the families who have the means and wherewithal to advocate for their children or to nurture whatever potential is there. But personally and professionally, I believe that the most important factor – for students being very gifted and prodigies – is the environment. That means their families, and their cultural, social and economic capital.

Abdul-Alim: But doesn’t that kind of point away from the idea of these children being “prodigies”? Because if the thing they have in common is well-educated parents who have high incomes, it seems like almost any child in that situation could achieve similar educational results.

Ford: A prodigy just means that you have children who are performing at the level of an adult; that’s the basic definition of a prodigy. So that has nothing to do with their income and families, education, etc. It is about how they are performing. They’re playing the piano like an adult who has taken lessons. They picked up on these skills and skill sets very easily. Or they are inventing mathematical formulas that you would only see adults doing. They’re in middle school and can do the work of college-level students. You can have this potential, but if you don’t have these opportunities at home, at school, even in the community, then the gifts and talents that you have may not come to fruition at the highest level.

Abdul-Alim: When families come to you about whether or not to enroll their young child in college, what do you generally advise them to do or to consider?

Ford: There’s a lot of variables to consider. One is the child’s emotional and social maturity. I think their size is important. Are they small for their age? That can contribute to some social and emotional issues, in particular bullying or isolation. Do they have siblings who are older who might be intimidated or negatively affected by their younger sibling being accelerated?

Abdul-Alim: What is your advice to families who can’t afford to home-school, but who have children who could very well be higher-performing if given the opportunity? How does society provide opportunities for children who fall in that category?

Ford: I want the families to become familiar with what the barriers are. So when Black families have contacted me about their child not being identified as gifted or not being challenged like their white classmates, then I point them to the Civil Rights Data Collection website, which is run by the U.S. Department of Education. I have them look specifically at what the data says for representation in gifted programs and Advanced Placement classes. I ask them to look at suspension and expulsion by race and corporal punishment, if that exists in their schools, which it does in some states, and very last, take a hard and critical look at all the data.

You can go straight to data for your child’s district or school building. And so, they can come armed with these demographic data showing underrepresentation in gifted and Advanced Placement, but overrepresentation in certain categories of special education as well as discipline, such as suspension and expulsion. And when they come informed, then sometimes – not always – the educators are put on notice. And they do what they’re supposed to do anyway, which is share information with families about how to gain the resources and opportunities that their children need.