Why Royal Air Force is Psyched for It's American Protector Drone 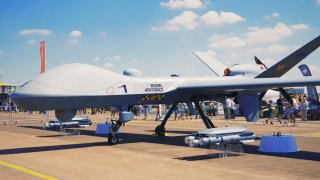 Here's What You Need to Remember: According to the UK Ministry of Defense, the UK’s Protector variant is intended for use primarily in “Intelligence, Surveillance, Targeting and Reconnaissance (ISTAR)” operations. Interestingly, the MoD also suggested that the Protector could see use in natural disaster scenarios in a search and rescue role.