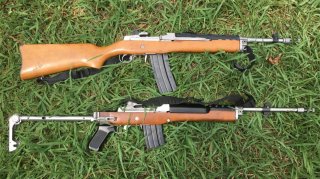 Here's What You Need To Remember: The Mini-14 is not as accurate as nor has it attracted as many followers as the AR-15. Still, it is a viable alternative for those looking for a semi-automatic, magazine-fed rifle, especially considering recent gun control measures.

Kyle Mizokami is a writer based in San Francisco who has appeared in The Diplomat, Foreign Policy, War is Boring and The Daily Beast. In 2009 he cofounded the defense and security blog Japan Security Watch. This article first appeared last year.