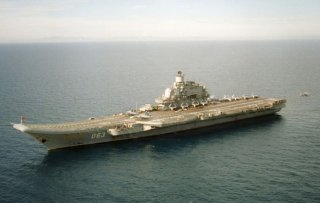 Here's What You Need to Remember: As a land power, the Soviet Union could never allocate enough of the country’s resources to build a real fleet of aircraft carriers. There was always some other perfectly reasonable—and eminently practical—way to spend the country’s rubles, whether it was on the Army, or the Air Force, and later on nuclear weapons.