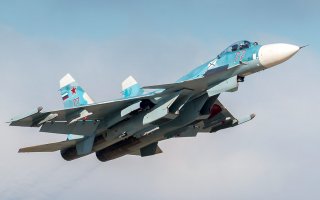 Here's What You Need to Know: The inability to produce satisfactory domestic engines is a perennial thorn in the side of the Chinese aerospace industry.

In September 2018, Sputnik International put out a piece bashing China’s based J-15 carrier-based fighter jet, describing it as having problems with its flight-control system. But the J-15 is itself a derivative of the Russian Su-33 Flanker. Is the Chinese jet really that inferior to the Russian one? Or are the problems shared, and the article an attempt to distract from the Russian fighter’s own failings?