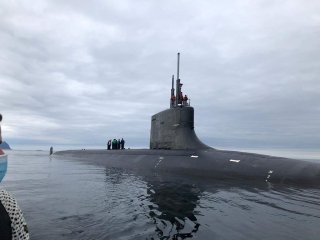 Here's What You Need to Remember: Featuring a modular design that allowed for later upgrades including weapons development and better sonar systems, the Seawolf was developed to be "future proof."

During the Cold War, the U.S. Navy saw the threat posed by advanced Soviet ballistic missile submarines as well as from the Soviet Navy's attack submarines, and in response developed a new class of nuclear-powered fast attack submarines (SSN). Intended to replace the Los Angeles-class, the design work began on the new Seawolf­-class in 1983 and the goal was to produce nearly thirty of the boats over a decade.