Why Russia Feels So Good About its Kornet Anti-Tank Missile 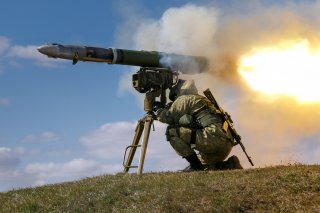 Here's What You Need to Remember: Active protection systems are not a panacea. The fact is that any defense system can be overwhelmed: fire enough ICBMs or anti-tank missiles, and the defenses will be saturated.

Michael Peck is a contributing writer for the National Interest. He can be found on Twitter and Facebook. (This first appeared in June 2019.)