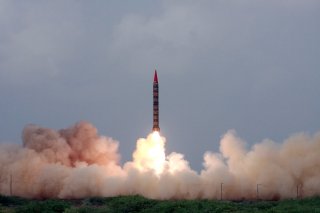 Here’s What You Need to Remember: Hypersonic weapons are formidable threats.

Currently, only two nations in the world possess operational hypersonic weapons, China and Russia. It’s important to remember, however, that “operational” is a subjective term. Russia, perhaps more so than any other nation, has a long history of claiming military capability they’ve yet to truly master. Likewise, many experts remain skeptical about the targeting capabilities of China’s hypersonic anti-ship weapons, even if the missiles themselves are indeed capable of flying at sustained hypersonic speeds.

In other words, operational doesn’t necessarily mean effective, but to be clear, fielding these advanced weapons remains a significant source of international prestige and diplomatic leverage. On the world’s stage, most nations are left having to assume these systems can perform as advertised, in order to plan accordingly in the event that they do.

“I have always said and can repeat it now that leading military countries of the world will of course possess the same weapons that Russia has today. I mean hypersonic weapons,” said Russian president Vladimir Putin in an address from December 12, 2021. “But since 2018 [when Russia unveiled its new hypersonic weapons], nobody else has developed this weapon yet. They will do it eventually but I think that we will be able to impress our partners by the fact that when they obtain this weapon, we will highly likely have means to counter it.”

Hypersonic Weapons Russia Has In Service

The Avangard is a hypersonic glide vehicle that entered into operational service in December of 2019. It can be carried to the peak of its flight path aboard a series of Russian ICBMs, including the nation’s newest and most advanced intercontinental ballistic missile, the RS-28 Sarmat. The Avangard glide vehicle has no onboard method of propulsion, and relies on reentry for its high velocities, but is claimed to have dynamic maneuvering capabilities in flight to avoid intercept.

Warhead: Nuclear (up to 500Kt) or Conventional

The Kh-47M2 Kinzhal (Russian for Dagger) entered operational service in 2017, though this weapon is an unusual one for this list. Rather than using a scramjet for propulsion like hypersonic cruise missiles or using a glide vehicle to manage reentry, the Kinzhal achieves hypersonic velocities through nothing but sheer brute force. In effect, the Khinzhal it little more than a modified version of the ground-launched 9K720 Iskander, a short-range ballistic missile, with a new guidance system designed specifically for air-to-ground operations.

The Kinzhal can maneuver at all stages of its flight path, with some speed claims exceeding Mach 12, making it a very difficult weapon to intercept.