Why Russia's "Little Green Men" Should Fear This U.S. Ally 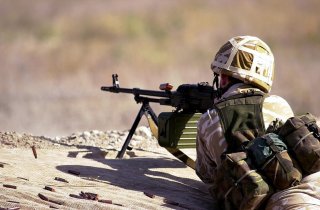 Here's What You Need to Remember: Britain plans to fight fire with fire by using its own special operators.

All these colors belong to Russia’s “hybrid warfare” strategy, which eschews massive military force in favor of more subtle means such as political manipulation, cyberwarfare, and special forces operating incognito (the “little green men” in unmarked uniforms that spearheaded the seizure of Crimea from Ukraine in 2014).