Why Should Tax Payers Fund Sports Stadiums in the Coronavirus Era? 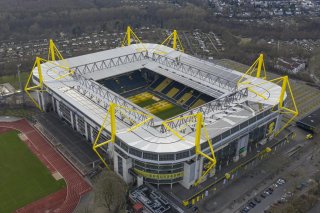 Cities across the country are struggling to make their debt payments on municipal stadiums in an era of canceled events, report Sebastian Pellejero and Heather Gillers in the Wall Street Journal:

Public officials have borrowed billions of dollars to build stadiums for major teams. Since 2000, more than 40% of almost $17 billion in tax‐​exempt municipal bonds sold to finance major‐​league stadiums were backed by levies on hotels and rental cars—making tourism taxes the predominant means of public stadium finance, according to the Brookings Institution.

The borrowers envisioned the sports facilities as a form of economic development that would attract fans from near and far, raising cities’ national profile and boosting their revenue beyond what was needed to pay back the bonds. The pandemic has turned that calculus on its head, crushing tourism proceeds and turning stadiums into a strain on city budgets.

But that calculus was never very sound, as I’ve written here before. Academic studies have consistently found few if any economic benefits of subsidies for stadiums, arenas, convention centers, and the like. Several Cato studies over the years have looked at the absurd economic claims of stadium advocates. In “Sports Pork: The Costly Relationship between Major League Sports and Government,” Raymond Keating finds:

The lone beneficiaries of sports subsidies are team owners and players. The existence of what economists call the “substitution effect” (in terms of the stadium game, leisure dollars will be spent one way or another whether a stadium exists or not), the dubiousness of the Keynesian multiplier, the offsetting impact of a negative multiplier, the inefficiency of government, and the negatives of higher taxes all argue against government sports subsidies. Indeed, the results of studies on changes in the economy resulting from the presence of stadiums, arenas, and sports teams show no positive economic impact from professional sports – or a possible negative effect.

And in “Caught Stealing: Debunking the Economic Case for D.C. Baseball,” Coates and Humphreys looked specifically at the economics of the new baseball stadium in Washington, D.C., and found similar results:

Our conclusion, and that of nearly all academic economists studying this issue, is that professional sports generally have little, if any, positive effect on a city’s economy. The net economic impact of professional sports in Washington, D.C., and the 36 other cities that hosted professional sports teams over nearly 30 years, was a reduction in real per capita income over the entire metropolitan area.

In an updated study from the Mercatus Center at George Mason University, Coates finds similar results:

The pandemic and the event cancellations it has generated have seriously disrupted the financial calculations that cities made in building stadiums at taxpayers’ expense. But they were never a good bargain.

This article by David Boaz first appeared in CATO on June 11, 2020.

Image: Westfalenstadion (or Signal-Iduna-Park) is a football stadium in Dortmund, North Rhine-Westphalia, Germany, which is the home of Borussia Dortmund. Arne Müseler / arne-mueseler.com / CC-BY-SA-3.0.