Why South Korea's Marines Would Be Key in Any Korean Conflict 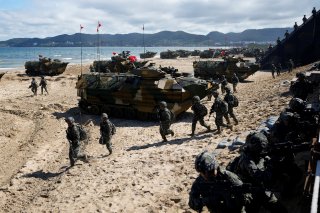 Here's What You Need To Remember: Korea, just 160 miles wide and mountainous, doesn’t leave much room for maneuver—that is, unless you count the coastline: the North and South have more than three thousand miles of coastline combined.