Why the Spanish Civil War Has Lessons for Today 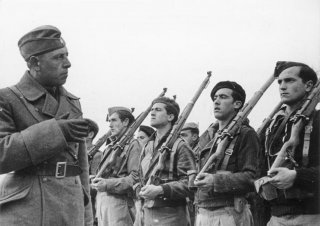 Here's What You Need to Remember: Like today’s Iraq and Syria, the combatants fought amongst themselves as well as the enemy. The Nationalists were a collection of conservatives, monarchists and fascist Falangists. The Republicans were supported by a bizarre potpourri of socialists, communists, Trotskyites and anarchists, as well as international leftists such as the Abraham Lincoln Brigade from America.