Why Turkey's Ruling AKP Party's Coronavirus Plan Could Be a Disaster 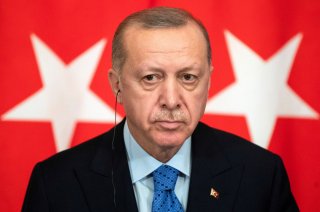 Amid the escalating domestic and global fallout from the COVID-19 crisis, Turkish President Recep Tayyip Erdogan’s Justice and Development Party (AKP) faces an unprecedented political and economic challenge with few viable ways out. To bolster what remains of its legitimacy ahead of 2023 elections, the ruling party will likely double down on nationalist and protectionist policies. But by failing to address the core issues plaguing Turkey’s economy, including high unemployment and growing debt, these short-term power grabs will also ultimately fail to secure the AKP’s place in power. And as a result, the country’s deepening financial crisis may see the early demise of not only Turkish businesses, but the AKP’s continued political dominance.

Still reeling from its 2018 recession, Turkey’s fragile economy was ill-prepared for the deep domestic and global fallout from the COVID-19 crisis. Ankara has banned most travel and imposed curfews since the virus began to surge in mid-March, but has otherwise resisted a full national lockdown to stem the contagion. But even this partial lockdown has taken a steep toll on Turkey’s economy and financial stability. In April, the International Monetary Fund projected that Turkey’s economy would shrink by 5 percent in 2020, though that number may still be optimistic. Unemployment, which has long hobbled the country, is likely to be far above the already-high 13.8 percent reported in December, as tourism dried up and shops have closed.

Turkey’s lira has also slipped to 7 lira to the dollar, surpassing its lows during the August 2018 currency crisis. In an attempt to preserve the lira’s stability, the country’s central bank, under the influence of the AKP, has already used up large amounts of its reserves, which have fallen an estimated $40 billion in January to $17-26 billion in April. Meanwhile, Turkey’s European trade partners — which account for half of all its exports — are now managing their own pandemic-induced economic recessions, further shrinking Turkey’s market opportunities in Europe.

Turkey’s post-lockdown strategy portends a long and painful recovery as well. The government’s four-phase ‘normalization’ plan will last until 2021, creating a political challenge for the AKP ahead of national elections in 2023. And, if the legitimacy of the party weakens enough, the party might face an internal split within its ranks strong enough to bring about an early election.

Turkey’s national agenda in the coming months will thus be driven by the political imperatives of a party in survival mode. The AKP’s influence over the central bank and parliament will enable it to use the country’s last remaining reserves however it sees fit. But rather than stabilize the economy, the party will use these funds on efforts to ease social strain and offset political pressure.

As the loss of revenue amid the COVID-19 crisis continues to drain the government’s reserves, the AKP will increasingly be tempted to lean on private banks and impose forms of capital controls to try to maintain the solvency of the lira, further sapping domestic consumption and lending, as well as foreign investment interest. In addition to dampening business and investor sentiment, Turkey is unlikely to obtain currency swaps with friendly powers such as the United States, who will be hesitant to provide currency to a central bank with a dubious record of independence.

This will leave the AKP with the unpalatable option of turning to an institution such as the IMF for a potential bailout, which its nationalist supporters as well as Erdogan himself see as a threat to Turkey’s fiscal sovereignty. The AKP will avoid alienating these voters as long as possible, but the longer the AKP waits for IMF aid, the greater the stress in the economy — and the greater the erosion of its support amongst voters who will place economic health at the top of their concerns. At a certain point, it will likely become a greater political liability for the AKP to resist such aid than it is to take it. In the meantime, however, some Turkish businesses might go bankrupt as some $87.7 billion in short-term private sector debt begins to mature.

Returning to the AKP’s Roots

The Turkish government also will attempt to pivot towards a greater emphasis on nationalism to connect the AKP to the public. But there are few areas in the world where Ankara can act independently and aggressively enough to gain nationalist stature, which will limit this strategy.

In areas with Turkish troops or Turkish allies, such as Syria, Ankara will avoid escalating its military operations for fear of inciting U.S. sanctions or prompting a greater conflict with Russia in the near term amid mounting economic uncertainty due to COVID-19. The AKP is even more unlikely to ramp up its already unpopular intervention in Libya, as doing so would do more harm than good for the party’s political standing at home.

Instead, Turkey will likely escalate its nationalist rhetoric in more low-risk, low-impact soft power disputes with countries such as Saudi Arabia and the United Arab Emirates. But Turkish voters are unlikely to perceive such marginal spats as anything more than publicity stunts, meaning such efforts are unlikely to have a strong impact on the AKP’s cohesion.

The AKP faces a future of deepening uncertainty. The challenges from opposition parties will likely grow as the AKP’s economic legitimacy fractures and its nationalist pivot is limited. The potential for an early election remains, especially if splinter parties manage to convince enough party officials in parliament to end the AKP’s long legislative hold. As the full effect of COVID-19 is felt over the coming months and years, the AKP will find itself grasping at straws to maintain its hold on power.

In Turkey, the AKP’s COVID-19 Strategy Could Be Its Downfall is republished with the permission of Stratfor Worldview, a geopolitical intelligence and advisory firm.