Why Unemployment Fraud Has Become a Fourth ‘Stimulus’ 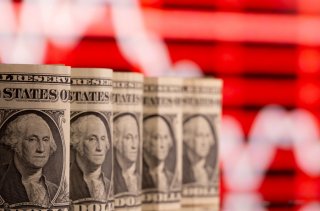 In March 2020, federal policymakers legislated unprecedented expansions in the amount and number of unemployment checks payable across the US. State unemployment insurance (UI) checks were increased by $600 per week from March through July 2020 and remain elevated by $300 per week into September 2021 under the $1.9 trillion American Rescue Plan. Total durations of checks can stretch to as many as 99 weeks per person in some states — already matching the prior record maximum 99 weeks payable in the wake of the Great Recession.

Eligibility was also significantly expanded under the temporary Pandemic Unemployment Assistance (PUA) program, which covers millions of workers who never previously qualified for unemployment checks, or sacrificed wages to cover their cost. An unemployed worker collecting the current national average of $319 per week in state UI benefits could collect over $46,000 in total benefits between April 2020 and September 2021, with temporary federal benefits making up over $38,000 of that total.

Those unprecedented federal expansions created a massive target for everyone from low-level scammers to international crime syndicates looking to rip off unemployment benefits. Estimates of the resulting fraud have now reached a staggering $200 billion:

More than $200 billion of unemployment benefits distributed in the pandemic may have been pocketed by thieves, according to ID.me, a computer security service that 19 states — accounting for 75% of the national population — use to verify worker identities. That’s more than triple the official government estimate of $63 billion based on the 10% pre-pandemic fraud rate.

Fraud affects both state and federal unemployment benefits, but as the calculation above suggests, federal funds support the bulk of current payments, and thus also make up the bulk of losses to fraud. Indeed, the worst abuses appear to affect the temporary federal PUA program, in which “up to 30% of claims…are fraudulent” according to ID.me.

How big are the high and low estimates for unemployment fraud cited above? As shown in the table below, comparing those estimates with the largest spending programs and policies legislated in response to the coronavirus indicates the high estimate of $200 billion would make “unemployment benefit fraud” the fourth largest stimulus “program” to date. Even the low estimate of $63 billion in fraud (based on the overly conservative pre-pandemic UI error rate of 10 percent) shows losses to fraud certainly exceed the cost of major stimulus programs such as expanded food stamp benefits, vaccine and treatment development, and rental assistance.

Source: Author’s calculations, based on Committee for a Responsible Federal Budget (CRFB). Spending reflects amounts allowed, per the CRFB report. Table does not include programs and policies that are primarily loans or that delay tax payments.

Stimulus Is Not Enough: How We Fight Unemployment During Coronavirus