Why the United States and Russia Both Have Troops in Syria 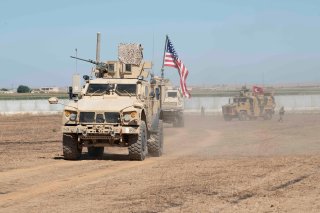 Here's What You Need to Know: The United States has only provided indirect support to various factions through weapons, logistics, and military support. Russia ostensibly entered the war strictly to fight ISIS, but these claims have been criticized by many, including the U.S. government.

As the Syrian Civil War reaches its eleventh year, Bashar al-Assad is still in power as president of the Syrian Arab Republic. Syria has been backed by Russia since 2015, while the United States has provided logistical and military support to various groups fighting Assad’s regime since 2013. Commentators have been calling this conflict a proxy war for years, arguing that both countries are vying for control of the Middle East. While it is true that U.S. and Russian influence and interests have shaped this conflict, a counterargument is that these vary and sometimes America’s actual level of involvement in the conflict is overstated. The Syrian Civil War is one of the most complex and important conflicts of the twenty-first century that could not possibly be explained thoroughly in just a few pages. However, a brief explanation of what is going on in Syria can help readers begin to make up their minds about whether or not the Syrian Civil War is a proxy war between the United States and Russia.

For a decade now, Syria has been engulfed in a bloody civil war that has directly or indirectly involved many world powers. It is an extremely complex war and many Americans have little to no idea about what is actually happening there. But it’s important to be at least passingly familiar with what’s going on to understand the nature of American and Russian involvement in the conflict, and why some people refer to it as a proxy war. In 2011, the Arab Spring led to an armed revolt in Syria, escalating into open conflict between the Syrian Arab Republic (Syrian government) and the Interim Government (Syrian Opposition: various groups fighting the government that do not necessarily have any alliance with each other, and are in fact sometimes openly fighting one another). This political turbulence resulted in a region in northeastern Syria known as Rojava declaring themselves an autonomous region. This extreme destabilization in Syria made it the perfect place for the Islamic State, also known as ISIS, to gain a stronghold. So by the time the United States and Russia got involved, the conflict had already developed into a four-sided conflict, with each faction having a network of supporting countries and organizations with various and sometimes conflicting interests.

Russia has been directly involved in the Syrian Civil War since 2015, and unlike America, they have directly entered the war. The United States has only provided indirect support to various factions through weapons, logistics, and military support. Russia ostensibly entered the war strictly to fight ISIS, but these claims have been criticized by many, including the U.S. government. The U.S. government insists that Russia has launched targeted airstrikes at non-Islamic State groups that oppose Assad’s regime.

Russia has a vested interest in keeping Assad’s regime in power because stability in the region is important to Russian interests. Syria is the home of Russia’s only remaining military base outside of the former Soviet Union. This is a naval port called Tartus, and this port helps ensure that Russia has access to the Mediterranean Sea. It’s one of Russia’s most strategically important military outposts.

Additionally, Russia has an interest in containing U.S. influence in the region. Tensions between the U.S. and Syria have been high for years, even before the civil war. In 2002 Syria was added to the U.S.’s “Axis of Evil” list that included North Korea, Cuba, Libya, Iraq, and Iran. Regime change in Syria could lead to a new regime that is friendlier with the U.S. This would both give the U.S. more influence in the Middle East, and it could potentially threaten Tartus.

The United States has been indirectly involved in the conflict since 2013, after conflicting reports that Assad was using chemical weapons on his own citizens. Like Russia, The U.S. ostensibly entered the war to fight ISIS. However, the U.S. has stayed in the region after ISIS’s declared defeat, and has provided support to Rojava and other groups that oppose Assad’s regime. The United States has a vested interest in forcing regime change in Syria, as the stability of the Syrian Arab Republic is strategically important for the United States. Forcing a regime change in Syria can contain Russian involvement in the Middle East, thereby increasing American influence in the region.

That said, those same sources calling the Syrian Civil War a proxy war also admit that the United States does not necessarily appear fully committed to forcing regime change in Syria. These sources argue that the United States became less interested in the war after they declared victory over ISIS in 2017. The Trump administration had little desire to stay in Syria after ISIS was defeated, despite the conflict raging on. Former President Trump’s eventual decision to leave Syria was met with criticism from the left and right and even spurred General Mattis to resign as Secretary of Defense. Critics say that the United States abandoned the Kurdish forces who had been some of America’s strongest allies in their fight against ISIS. Former President Trump’s decision to abruptly withdraw troops from Syria left these Kurdish forces vulnerable to a Turkish invasion, which some are calling a genocide.

A decade into the conflict, the Syrian Civil War still has no end in sight. The complexity of the war and strategic importance of Syria has attracted the influence of many foreign interests, particularly the United States and Russia. These rival countries are considered to support different sides in this war, eliciting memories of Cold War-era proxy wars. Depending on how one interprets the United States’s actions during this war, this is either part of a tradition of proxy wars between these countries, or a one-sided conflict between the United States and Russia. Regardless, the Syrian Civil War is not going to end anytime soon, and it will go down as one of the bloodiest and most brutal conflicts of the twenty-first century.