Why The U.S. Air Force's F-103 Interceptor Was A Supersonic Waste 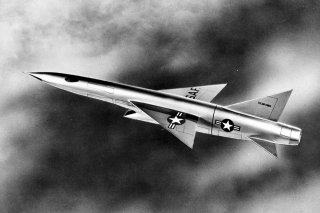 Here's What You Need to Remember: Had the U.S. Air Force actually fielded an F-103, it would probably have been a supersonic waste. Fears that the Soviets had an armada of intercontinental bombers that could reach strike America proved to be unfounded (the infamous "bomber gap" myth).