Why U.S. Special Forces Loved to Use Captured AK-47s in Vietnam 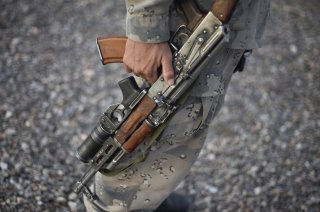 By the end of the conflict, the American military had reissued captured AK-47s, made new ammunition for them and came up with a few other surprises.

The near-indestructible AKs were one of the primary targets of this psychological campaign. A year after the project got under way, American commanders even warned reconnaissance teams not to pick up the rifles while in the field, except in emergencies.