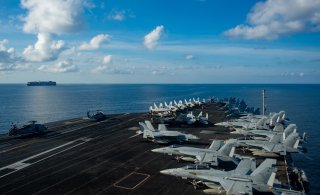 When Australia announced the AUKUS pact together with the United States and United Kingdom, it knew that China would be hostile and France would be disappointed. Predicting the reaction in Southeast Asia would have been more difficult: views vary. From Australia’s perspective, its relations in the region have generally been good in recent years. So much so, that Jakarta even welcomed Canberra’s 2020 defence strategic update, though it foreshadowed Australia playing precisely the more regionally ambitious role that it is now pursuing.

While some countries, notably the Philippines and Singapore, were positive about the AUKUS announcement, statements from Jakarta and Kuala Lumpur reflected concerns that the AUKUS arrangement would contribute to a regional military build-up, raising tensions and making conflict more likely.

These perspectives don’t accord with Canberra’s strategic world view, so the temptation to dismiss them in various ways will be strong.

Most fundamentally, some will see Indonesia and Malaysia as strategically naive: China is launching new ships and submarines much faster than the US, let alone Australia. And a move like AUKUS that signals a strong US commitment to the region should help prevent China from dominating it, something every country is worried about. They’ll take comfort from the fact that the Philippines, one of the key claimant states in the South China Sea, is much more supportive, and that Vietnam is likely to be too.

Some will try to airbrush Southeast Asia out of the ‘Indo-Pacific’ entirely, pointing out that Japan and India, the two most consequential regional powers, are supportive of AUKUS.

And some will argue that the Indonesian reaction was ‘avoidable anxiety’—in other words, something that could have been prevented with better Australian diplomacy.

Others will say that private reactions, especially in the region’s defence ministries, which work closely with Australia and the US, are probably more positive than what’s being said publicly. They’ll point out that practical defence cooperation remains strong; actions speak louder than words.

Canberra must resist the solace of these approaches and take regional reactions to AUKUS seriously.

Regional views matter, because Canberra’s own defence strategic planning describes Australia’s cooperative defence activities with regional countries as ‘fundamental to our ability to shape our strategic environment’. It notes the importance of our defence forces maintaining operational access in the region, and of our being able to lead coalition operations when it is in the interests of the region that we do so.

In short, our ability to respond to plausible China-related contingencies in Southeast Asia depends on regional countries seeing that our interests align with theirs. Euan Graham’s account of the 2020 West Capella incident, involving the US, Australia and Malaysia, neatly illustrates this point. A US Navy strike group sailed close to the area where a Malaysian drillship, the West Capella, was being intimidated by a Chinese maritime force. Though the US intended a strong message of reassurance, Malaysia had mixed feelings about the intervention, fearing that the presence of any warships and vessels could increase tensions and raise the risk of conflict.

At the heart of these differing perceptions is this: Australians by and large see the US as a benign and moral actor, upholding the regional security order. By definition, its actions don’t destabilise the region. Some of our neighbours are more ambivalent, seeing both the US and China as contributing to a more tense and unstable region. These concerns were eloquently expressed by Singapore’s Prime Minister Lee Hsien Loong in his 2019 Shangri-La Dialogue address. That speech drew the ire of some Americans, who argued it was wrong to see the US and China as morally equivalent.

Taking this sense of moral equivalence seriously is not the same as agreeing with it. Australia should not resile from AUKUS or the idea that the full range of our security cooperation with the US is beneficial for the region. But because not all countries automatically agree, these benefits must be demonstrated, not merely asserted. This is why it’s so important for the US to participate in mutually beneficial regional economic arrangements, like the Comprehensive and Progressive Agreement for Trans-Pacific Partnership, and continue to provide public goods, like vaccines.

A second, related opinion across the region is that AUKUS indicates an intention by outside powers to determine the future of the region, adding to fears that ASEAN’s influence and coherence are being eroded. This perception arose not because of the substance of AUKUS—an agreement to share defence technology—but because of its form, a loudly announced Anglosphere security partnership. That cannot be undone, but it has lessons for the way Australia talks about the extensive deepening of the US defence relationship envisaged in last week’s AUSMIN statement.

We shouldn’t exaggerate the degree of negative opinion in the region about AUKUS. But if there’s any uncertainty, the prudent course of action would be to assume that concerns are real and deeply held, not to blithely hope that ultimately Southeast Asia will come around to our way of seeing the world.