Will Biden Respond to Calls for More Stimulus Checks? 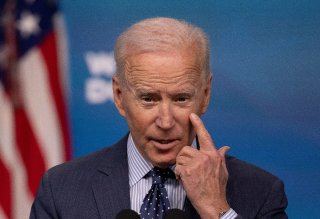 Here's What You Need to Remember: Overall, more than 2.6 million people have collectively stood behind an effort calling for recurring stimulus payments, according to Newsweek.

Roughly 2.6 million people have signed onto six online petitions calling on Congress to pass $2,000 monthly stimulus payments until the pandemic is over.

The largest petition among the half-dozen on Change.org has more than 2.3 million signatures and was created last year by Colorado restaurant owner Stephanie Bonin. The petition directly addresses the House and the Senate, urging both congressional chambers to draft a bill that would provide “$2,000 payments for adults and $1,000 payment for kids” until the pandemic subsides.

In an updated version of the petition, Bonin also noted that the slight economic recovery “hasn't reached many Americans.”

“The true unemployment rate for low-wage workers is estimated at over 20 [percent] and many people face large debts from last year for things like utilities, rent and child care. These are all reasons that checks need to be targeted to people who are still struggling and that Congress needs to learn from this past year. It took nine months for Congress to send a second stimulus check, and just moments to spend it,” Bonin added.

The petition has a goal to hit 3 million signatures.

Five other petitions have launched on Change.org, all calling for monthly direct payments to help mitigate the economic crisis.

One of the petitions was created when former President Donald Trump was in the White House, pushing him to “use your influence and power and be a hero to the people by challenging the Senate to include more than one payment in the next stimulus package.” More than 73,000 people have joined to support the effort, just 2,000 signatures short of its goal.

Another petition calls on President Joe Biden and congressional lawmakers to join a group of Senate Democrats, including Sens. Ron Wyden (Ore.), Elizabeth Warren (Mass.), Cory Booker (N.J.), as well as Sen. Bernie Sanders (I-Vt.), who caucuses with Democrats, in supporting recurring stimulus payments. In late March, the senators wrote a letter to Biden, urging him to “include recurring direct payments and automatic unemployment insurance extensions tied to economic conditions in your Build Back Better long-term economic plan.”

“This crisis is far from over, and families deserve certainty that they can put food on the table and keep a roof over their heads. Families should not be at the mercy of constantly shifting legislative timelines and ad hoc solutions,” the lawmakers added.

That petition has more than 56,000 signatures.

A third petition asks Biden and Congress to pass “immediate checks and recurring payments so that we can keep our heads above water.” The petition has reached over 82,000 signatures.

Another petition created by Tyson Su calls on the Senate to pass a bill that gives $2,000 monthly stimulus payments to every unemployed American aged sixteen and up and every person earning less than $130,000. The petition also pushes for full rental payment and mortgage forgiveness until the end of the pandemic. It has rallied almost 65,000 signatures.

The fifth petition demands “$2,000 a month stimulus payments to keep our citizens out of poverty.” It has received more than 29,000 signatures.

Overall, more than 2.6 million people have collectively stood behind an effort calling for recurring stimulus payments, according to Newsweek.