Will Britain’s Submarine Drones Decide Who to Kill on Their Own? 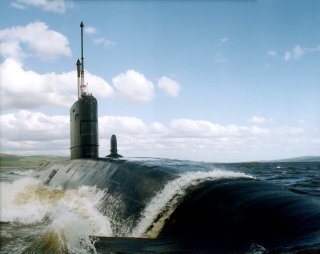 Here's What You Need to Know: It is unclear how the XLUUVs will communicate with the surface. Underwater signal transmission suffers from a number of complicating factors, so keeping a man-in-the-loop like how airborne drones are commanded may be difficult—and begs the question, once armed, will XLUUVs pull the trigger on targets themselves?

In March 2020, the British Royal Navy announced awarding a contract for an unmanned submarine—a drone—that will be 30 meters long, or about 100 feet, and have a 3,000 kilometer—1,900 mile —range. The builder, Submergence Group & M Subs Ltd are based in the UK and Texas.