Will California Feel the Fire from a North Korean Nuclear Blast? 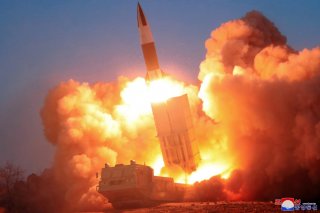 Here's What You Need To Remember: These various nuclear attack scenarios are not set in stone: North Korea could use a smaller weapon, or the warhead might fail to work, get shot down by U.S. defenses, or land in the ocean. Still, North Korea is making phenomenal progress in both its nuclear and missile programs, and sooner or later it will have a large, reliable warhead on a reliable, accurate missile.