Will the Child Tax Credit Help the Poor? Only if the IRS Can Find Them 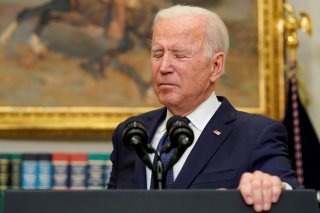 Here's What You Need to Remember: A recent report released by the Center on Budget and Policy Priorities revealed that approximately four million children from low-income families are at risk of not receiving the monthly payments if the tax agency doesn’t have the required personal and financial information.

The Internal Revenue Service and the Treasury Department already are two months into the disbursement of the expanded child tax credits that were approved under President Joe Biden’s ambitious American Rescue Plan.

The latest estimates suggest that about thirty-six million American families are currently receiving the monthly payments, but the agencies have made it known that it isn’t too late to sign up for the recurring funds.

In fact, if a person chooses to sign up now, then the remaining payments would indeed be even bigger compared to those who have been receiving the checks since July.

The chief reason is that the money is an advance on tax credits—of which half is to be delivered this year and the rest to arrive when individuals file their federal tax returns next year. Therefore, even if a person signs up late for the credits, the agencies will try to issue the entire first half of the credits by the time 2022 rolls around.

For example, if a family missed the child tax credit payments in July but was able to sign up this month, there would indeed be a slight bump in the monthly checks.

“This means that the total payment will be spread over five months, rather than six, making each monthly payment larger,” the IRS noted in a statement.

For weeks, the IRS has been urging potentially eligible Americans to take advantage of the Non-filer Sign-up Tool that will give the tax agency the necessary information—such as an address and routing and bank account numbers—to promptly disburse the funds.

The IRS has also launched a brand-new feature that enables any eligible family to update their mailing address using the Child Tax Credit Update Portal, which can be found on IRS.gov.

“This feature will help any family that chooses to receive their payment by paper check avoid mailing delays or even having a check returned as undeliverable,” the IRS says in a release.

Being able to reach the nation’s poorest households has become a primary goal of the agency.

“This important new tax change affects millions of families across the nation, and the IRS wants to do everything it can to help people get the payments,” IRS Wage & Investment Commissioner Ken Corbin, who also serves as the agency’s Chief Taxpayer Experience Officer, said in a statement.

“Many people miss out on tax benefits simply because they don’t file a tax return,” he added.

A recent report released by the Center on Budget and Policy Priorities revealed that approximately four million children from low-income families are at risk of not receiving the monthly payments if the tax agency doesn’t have the required personal and financial information.