Will Guyana's Oil Doom It to Becoming Another Venezuela? 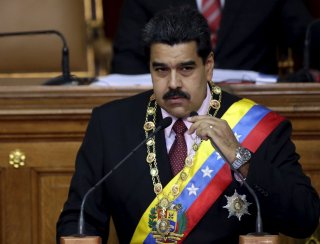 The battle for the future of economic freedom in Guyana is being waged right now.

Its gross domestic product growth has improved in anticipation of an oil boom that is now coming on stream. The oil revenues could transform the country, as a petrostate, into the fastest-growing economy in the region.

Alternatively, the country could dissolve into dictatorship, corruption, and tyranny, as has been the case in its oil-rich neighbor, Venezuela, where economic freedom has been repressed and crushed.

Guyana’s economy has been considered mostly unfree since 2012. Its economic freedom score declined slightly to 56.2 (out of 100) in the 2020 edition of The Heritage Foundation’s annual Index of Economic Freedom.

The country is ranked 24th among 32 countries in the Americas region, and its overall score is well below the regional and world averages.

The fight for a free and prosperous economic future will take place in the context of recent severe political instability.

The previous government, headed by President David Granger, refused for more than four months to accept the results of the March 2 election.

As the Miami Herald reported, Granger refused to accept the results, even when “a 33-day recount performed by the Guyana Elections Commission and observed by the Caribbean Community found the opposition People’s Progressive Party Civic (PPP/C) had won the vote.”

As a result, last month Secretary of State Mike Pompeo imposed U.S. visa sanctions on the Granger government. That announcement was followed up with action (reported by the Jamaica Gleaner) by the 15-member Caribbean Community to pressure Granger to step aside. Finally, in early August, he did so.

The U.S. Embassy in Guyana congratulated “the People’s Progressive Party/Civic on its electoral success and Mohamed Irfaan Ali on his swearing in as President of the Cooperative Republic of Guyana.”

Now, the real work to preserve and promote economic freedom in Guyana begins. As the CNW Network reports, the People’s Progressive Party/Civic coalition holds a slim, one-vote advantage in the country’s National Assembly.

Meanwhile, as Forbes notes, major Western oil companies, such as Exxon and Total, are now reaping their rewards after 50 years of exploring offshore Guyana for oil reserves. For the oil companies, the end of political uncertainty and the reestablishment of stable governance are vital in view of the enormous future investment that will be needed to develop Guyana’s massive offshore oil fields.

The challenge for the new Ali government is to take firm steps immediately to strengthen the rule of law, especially judicial effectiveness and government integrity, and to improve the freedom and competitiveness of financial institutions.

The future of Guyana hangs in the balance. In five years, will it look like copper-rich Chile, or more like oil-rich Venezuela?

Decisions in favor of policies that promote economic freedom will be the deciding factor.

This article by James M. Roberts originally appeared at The Daily Signal. This article first appeared in 2020.