Will India Get Its Hands on F-35 Stealth Fighters? 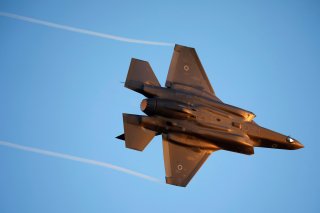 Here's What You Need to Remember: A fifth-generation multirole fighter such as the F-35 jet might give India some kind of parity with China along the border region, a mountainous area filled with plateaus, valleys, and terrain less hospitable to any kind of major armored ground advance.

The Pentagon and Lockheed Martin have in recent years been quickly expanding the number of international F-35 partners while also seeing a fast increase in global demand for the jet, an uptick in partner purchase quantities, and inquiries from potential new customers.

Norway is progressing quickly with its F-35 program, Denmark just received its first stealth jet, and Japan is in the process of making a huge, multi-billion dollar F-35 buy.

What about India? Certainly, the U.S. connection to India is growing stronger given Chinese threats in the region. India is also revving up its modernization programs and stepping up interoperability and cooperation with the United States by, for example, hosting B-1 bombers.

Media reports, such as one from the ELE Times, says India has on several occasions indicated an interest in acquiring F-35 stealth jets.

Could that change? How? What might an F-35 fighter jet do for India? There are several interesting nuances at play here, one of which is that Lockheed Martin is already engineering a specially configured, high-tech F-16 variant for New Delhi, yet even an advanced plane such as this might not impact the Indian-Chinese balance of power in a substantial way. China already operates fifth-generation J-20 and J-31 fighter jets, potentially positioned to threaten India, and any kind of confrontation along the mountainous Indian-Chinese border area would likely hinge upon air superiority.

This may precisely be the reason why the Pentagon could, at some point, be inclined to offer the F-35 fighter jet to India, given the growing extent to which the United States and India already collaborate when it comes to a China-deterrence posture. A fifth-generation multirole fighter such as the F-35 jet might give India some kind of parity with China along the border region, a mountainous area filled with plateaus, valleys, and terrain less hospitable to any kind of major armored ground advance. This means any kind of Indian attack into China would need to rely upon lighter, mobile tactical forces and even dismounted soldiers enabled by airlift helicopters and ruggedized C-130 cargo planes. These are precisely the kinds of combat conditions under which an F-35 jet might be needed, as an up-gunned F-16 might clearly be outmatched in the air by Chinese fifth-generation jets.

In light of this, and the fact that nobody, including India, has F-22 stealth fighters, the F-35 stealth platform might be one of the few assets able to greatly impact the threat equation between India and China and provide close air support.