Will NATO's Plan for Defending the Baltic States Against Russia Work? 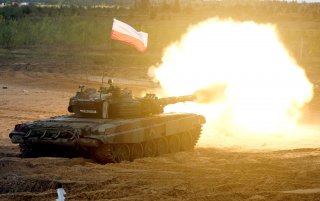 Here's What You Need to Remember: Despite the report, Russia would suffer high costs for seizing the Baltics that make any aggression unlikely.

The expectation that NATO could defeat the Warsaw Pact in battle only emerged after the Yom Kippur War. In that conflict, precision-guided conventional munitions exacted such a toll on advancing forces (both in the Golan and in Sinai) that American military planners began to believe that they could stop a Soviet attack. Drawn up in defensive positions that would channel oncoming Red Army armor into large kill zones, NATO forces could sufficiently blunt and disrupt a Soviet advance, and prevent the collapse of positions within Germany. The defense would buy time for NATO to transit additional forces and equipment from the United States to Europe, to carry out in-depth attacks against Warsaw Pact logistical and communications centers in Eastern Europe, and to attack Soviet interests in the rest of the world.