Will The Next Generation of Stealth Fighters Have Lasers? 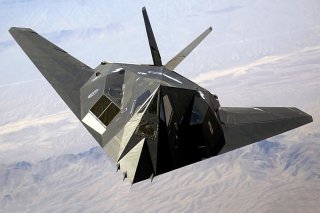 Here's What You Need to Remember: A fighter could fire many more laser shots than it could carry missiles, potentially boosting the plane’s magazine depth.

David Axe serves as Defense Editor of the National Interest. He is the author of the graphic novels  War Fix, War Is Boring and Machete Squad. This first appeared in 2019 and is being republished due to reader interest.