Will the Supreme Court Finally Let Americans Sue the IRS? 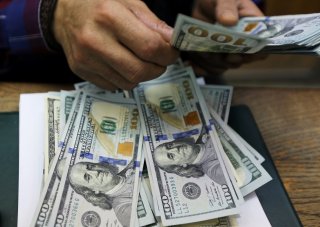 Although the Internal Revenue Service is responsible for collecting taxes, the power to write tax law is a legislative one, held by Congress. In certain cases, however, Congress has delegated to the IRS limited authority to fill in the gaps of tax laws through regulation. The Administrative Procedure Act (APA) lays out the processes that agencies like the IRS must follow when promulgating regulations, such as allowing for a period of public comment on proposed regulations. Unfortunately, the IRS has habitually refused to comply with the APA absent the intervention of the courts. The APA provides a remedy for such situations: pre‐​enforcement judicial review. This process allows an individual or entity to challenge the validity of a regulation that could affect it in court without having to first violate the regulation and risk the often severe consequences that would follow.

CIC Services, which advises taxpayers on certain types of complex transactions, is using pre‐​enforcement judicial review to challenge the validity of an IRS reporting requirement that it claims is invalid because the IRS evaded the regulatory procedures required by the APA. In response, the IRS invoked the Tax Anti‐​Injunction Act (AIA) to block the challenge and prevent CIC’s legal arguments from even being heard.

The AIA prohibits challenges to a tax before the tax has been collected. In most instances, a person challenging a tax assessment must first pay the tax and then file a claim for a refund. But CIC’s challenge is not to any tax but to the validity of the regulatory rule (and burden) passed by the IRS.

The IRS narrowly prevailed before the U.S. Court of Appeals for the Sixth Circuit when two of the three judges on the panel held that the penalty triggered by failing to follow the new reporting requirement was itself a tax, thus subjecting the lawsuit to the AIA. In doing so, the court widened an existing circuit split. (Cato had filed an earlier brief in support of a petition seeking review of a similar D.C. Circuit case, but the Supreme Court declined to take it up). Under the Sixth Circuit’s reasoning, the only recourse against defective Treasury regulations is to purposely violate the regulation and incur penalties and interest while waiting for a subsequent enforcement proceeding in which the regulation’s validity can be challenged.

CIC petitioned the Supreme Court to review that ruling, supported by a Cato brief, and the Supreme Court agreed to hear the case. Cato has now joined the National Federation of Independent Business and five other organizations in filing an amicus brief supporting CIC on the merits. We argue that an examination of existing exceptions to the AIA support the conclusion that the statute focuses on lawsuits that restrain assessment or collection, not pre‐​enforcement challenges. With the context provided by these built‐​in exceptions, the AIA looks less like one intended to pre‐​empt all suits affecting taxation and more like one that can exist comfortably alongside the APA and challenges to the validity of agency rulemaking.

Moreover, the Sixth Circuit’s interpretation creates an unnecessary conflict between the AIA and the APA. The APA contains a “strong presumption” of judicial review prior to enforcement of substantive regulations like the one at issue here. Congress intended that all agencies’ substantive regulations would be subject to such review under the APA, and it certainly didn’t intend for the IRS to be almost immune from accountability before federal courts. People have a right to be sure of a regulation’s meaning before engaging in costly compliance efforts, and that’s exactly what pre‐​enforcement judicial review provides.

The APA contains stringent procedural requirements for how regulations are to be promulgated. The IRS frequently ignores these requirements and must be reined in. The Supreme Court should hold that the AIA doesn’t deny CIC the right to its day in court.

This article by Ilya Shapiro and James Knight first appeared in CATO on July 22, 2020.

Image: A view shows the sign for the Federal Building, where the Internal Revenue Service (IRS) offices are located, in Los Angeles, California October 1, 2013. REUTERS/Kevork Djamsezian.