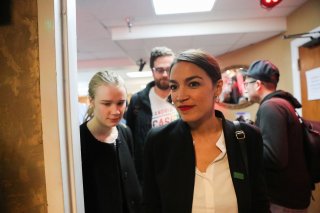 Joe Biden is calling for unity following the 2020 presidential election, but it’s clear that many of the former vice president’s supporters view postelection unity as something to create by force and intimidation.

That sort of unity is enforced by ruthless institutional pressure and cancel culture. It’s a tactic that the left already uses through its power in America’s elite institutions, but is looking to redouble if it indeed captures the presidency and the executive branch.

Numerous liberals and left-wingers have demanded punishment of anyone who has worked for, allied with, or generally supported President Donald Trump.

Some want to destroy the Republican Party.

“You can’t heal or reform the GOP who are now an extremist party,” Wajahat Ali, a contributing writer for The New York Times, said on Twitter. “They have to be broken, burned down and rebuilt. When Biden is in power treat them like the active threats to democracy they are. If those who committed crimes aren’t punished then they will be more emboldened.”

Clearly, a two-party system is just too much for some to bear.

It was no surprise to see openly socialist Rep. Alexandria Ocasio-Cortez, D-N.Y., sound exactly like other socialists in history when they’ve amassed power: "Is anyone archiving these Trump sycophants for when they try to downplay or deny their complicity in the future? I foresee decent probability of many deleted Tweets, writings, photos in the future."

In other words, the nice-sounding “democratic” part of socialism gets dropped for the purer variety.

That is the true face of socialism, at its core. Socialism is not just about higher taxes, redistribution of wealth, and a generous welfare state. To fulfill its true aims, it requires an enforced equality that defies human nature.

No wonder so many Venezuelan immigrants, many of whom escaped the brutal socialist regimes of Hugo Chavez and Nicolas Maduro, voted for Trump.

But it isn’t just fringe radicals calling for purges. It’s “moderates” and mainstream liberals too.

Washington Post columnist Jennifer Rubin, who used to call herself a “conservative,” has demanded a “list” of all those who think election fraud may have had a significant impact on the presidential election: "Any R now promoting rejection of an election or calling to not to follow the will of voters or making baseless allegations of fraud should never serve in office, join a corporate board, find a faculty position or be accepted into "polite" society. We have a list."

One wonders if it ever crossed Rubin’s mind what it would mean, if we apply this standard consistently, for those in the media who pursued the debunked Russia collusion accusation from 2016 for the past four years?

In that case, Rubin would very much be on the list.

Perhaps most disturbing of all is the newly created Trump Accountability Project, which aims to catalog every person who ever worked for the Trump administration, even in the smallest and most indirect ways.

The Trump Accountability Project website, which since has been privatized but may be found in archives, explains that the Trump administration was so monstrous that any of those associated with it must be prevented from “profiting from their experience,” an ambiguous but ominous phrase in context.

Jordan Davidson at The Federalist spells out the categories of people compiled on one of the website’s documents:

Tabs on the document separate those listed into categories such as ‘Campaign Staff,’  ‘Administration,’ ‘Appointees,’ ‘Donors,’ ‘Law Firms,’ ‘Endorsers’ and ‘Denouncers.’ The ‘Administration’ tab contained names of senior advisors in the White House all the way down to ‘Chief Calligrapher.’ Under ‘Denouncers,’ the project listed Miles Taylor, the low-level bureaucrat [and] anonymous source published and promoted by the New York Times as a ‘senior administration official.’

Even those who turned on Trump are to be deemed complicit.

Regardless of how the presidential contest turns out, this sort of rhetoric and action literally days after Election Day demonstrates how important it is not to give the left every lever of governmental power.

The message they are sending Americans who don’t agree with them is “Join us, or else.”

It shouldn’t be a surprise to see such a movement appear. Unpersoning political “enemies” is entirely in line with the ideology of a militant left that  increasingly is becoming mainstream and normalized.

And liberal institutions, one after another, are buckling and relenting to the demands of the far left for conformity and enforced solidarity.

Predictably, the mob no longer is just interested in the statues of long dead figures of America’s past. They are coming for you, and a generous slice of the American “elite” apparently is happy to relent and give them their way.