Without Firing a Shot, This Japanese Plane May ‘Sink' China’s Submarines 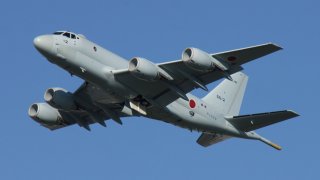 Here's What You Need to Know: In 2014, Japan relaxed its rule on exporting military hardware, and began marketing the P-1 abroad—but so far the Poseidon has edged it out with contracts with New Zealand the United Kingdom. The Kawasaki design costs between $140 and 160 million each, while the Poseidon apparently has a fly-away cost of $125-150 million, though its original procurement cost was $250 million.