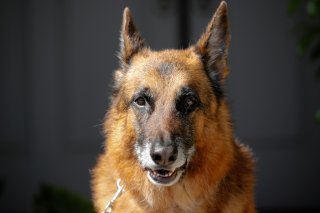 There are many challenges and barriers to leaving an abusive partner, and the COVID-19 pandemic has exacerbated this problem. While the pandemic will recede, the epidemic of intimate partner violence in Canada will remain.

The death toll of people — overwhelmingly women — killed by their intimate partners continues to climb. Decisive action must be taken to remove or, at least, mitigate the barriers to leaving abusive relationships.

Companion animals, or pets, aren’t generally thought of as barriers, yet they often are in the context of intimate partner violence. The majority of Canadians have pets and consider them family.

Most domestic violence shelters in Canada, however, don’t accommodate pets. This reality, coupled with the close relationship many people have with their pets, creates a significant — though underacknowledged — barrier to leaving an abusive relationship.

Many Canadians must decide whether to remain with their abuser or flee and leave their pets behind.

A sizable number of people likely face this dilemma. We estimate that 433,200 people who have experienced physical or sexual abuse in the past five years had pets.

We base this calculation on the 760,000 people who, over a five-year period, reported being physically or sexually victimized by a partner, and the estimate that 57 per cent of Canadian homes have pets. Given the spike in animal adoptions in the wake of the pandemic, this is likely a conservative estimate.

But the pull of pets in situations of intimate partner violence is clear. In a pilot study of 86 women in Canadian shelters, members of our research team found that 56 per cent of those with pets had delayed leaving their abuser because they could not bring their pets with them to a shelter. They were also more likely to report chronic and severe intimate partner violence.

When pets had been threatened or mistreated by the abuser (89 per cent of our sample), women were also more likely to put off their departure. Troublingly, one-third of the respondents who had fled to the shelter and left their pet at home reported they were considering returning to their abuser because he still had their pet.

In another study, three-quarters of 116 shelter staff surveyed reported being aware of women who did not go to the shelter because they would not leave their pets behind.

We also know, based on our recent analysis of a representative sample of the Canadian population (those not in shelters), that those whose pets are threatened or abused are nearly seven times more likely to report fearing for their own life than those who do not report animal maltreatment. Previous research has identified fearing for one’s life is a predictor of life-threatening violence.

These findings paint a troubling picture. People whose pets are abused and who are more likely to delay leaving their abuser out of concern for their pets appear to be in a particularly high-risk category of those subjected to intimate partner violence. Reducing barriers to safety and support for this group needs to be a priority.

A lack of funding

Many shelters in the country are aware of this problem, and some have developed programs to assist victims/survivors with their pets, such as allowing them at the shelter, finding pet fosters or boarding them with veterinarians or at animal shelters.

But shelters lack the resources required to provide even basic operations, let alone set up new programs. For example, CBC News recently reported that an average of 620 women and children were turned away from shelters daily in Canada, due to underfunding and a lack of space.

Against this backdrop, it’s difficult for even those shelters that see the value in pet safekeeping programs to create them. Those that have developed pet programs, such as Interval House of Ottawa, relied on donations from the public and businesses.

Shelters in the United States that want to develop pet programs no longer need to rely entirely on hard-pressed and fluctuating sources of funding. The U.S. federal government recently passed the Pet and Women Safety (PAWS) Act, which provides, among other things, US$2 million per year in grants to domestic violence shelters to create pet programs.

It is time to do something similar here in Canada. The national expansion of our pilot study is providing a more complete picture of the relationship between animal maltreatment and intimate partner violence in Canada, as well as the types of programs that work best. Our research to date underscores that individuals whose pets are abused and who delay leaving abusive relationships are particularly vulnerable and at risk — as are their pets.