A World with Less People? Why You Shouldn't Panic Over Population Forecasts 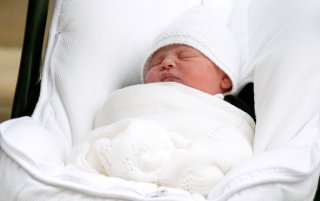 When the BBC reported on the results of a new study on global population in mid July, the tone was alarmist. “Jaw-dropping” declines in births were foretold, while one of the study’s authors revealed worries about his daughter’s future in light of “enormous social change”.

The study by the University of Washington’s Institute for Health Metrics Evaluation (IHME), published in The Lancet, projects that global population will peak at 9.7 billion around 2064 and then fall to 8.8 billion by 2100.

However, we needn’t start panicking just yet. Understanding how such forecasts are produced can help to explain why.

To predict how global population will evolve over the next century, we must make predictions about two key components of population change: mortality and fertility. These can then be combined to estimate population growth or decline.

Forecasting these components over such a long time period is hard, as social and economic change and technological advances may alter their path. Nevertheless, global population forecasts are important, for example to help coordinate responses to climate change. And so organisations such as the UN regularly produce world population forecasts.

Fertility is the most important of the three components for determining global population change. Demographers have known for decades that the total fertility rate, a measure used to calculate the number of children a woman would have in her lifetime, has been declining around the world.

By 2020, more than 90 states and territories in the world had fertility rates below 2.1. This is the average number of children women would have to have in order to replace themselves and their partners, taking into account those who die before they reach adulthood.

It is the speed of decline and eventual level of fertility in low income countries that is the major difference between the IHME and other population forecasts. A key element of the IHME forecasts is that they predict fertility based on women’s education and access to contraceptive methods.

This is why the UN focuses on predicting fertility and mortality alone. It bases predictions for countries that have high fertility and mortality on the average patterns of decline for countries that have already reached lower levels. These projections result in a world population peaking at 11 billion in 2100, much higher than the IHME projections.

What will happen in Africa

Another approach is to base projections on expert opinion. In 2014, researchers at the Wittgenstein Centre for Demography and Global Human Capital interviewed over 550 population experts around the globe, and used their informed opinions to guide their estimates.

They predicted that world population would peak at 9.4 billion around 2070 and then decline to 9 billion by 2100 – not so different from the IHME. However, these demographers made it very clear that the size of the world’s future population would depend on how quickly girls’ education expands, especially in Africa.

The IHME also notes that Africa’s population will grow, and Nigeria will become one of the world’s most populous countries. Yet how large depends on the underlying assumptions about how quickly societies change. The IHME tends to assume that Africa will achieve higher education level and meet the need for contraception, resulting in fertility rates far below replacement level.

But most demographers are more cautious, noting that many countries in Africa have experienced stalls in declining fertility rates, potentially due to the failure to educate girls and a resurgence in religion and patriarchal ideas. Demographers studying Africa tend to think that fertility will remain high, due to lack of political will and unequal development across the continent. So whether fertility does start to decline throughout Africa is still very unclear.

Most demographers recognise that we need to include estimates of uncertainty in their projections to make sure that we are realistic about how well we can predict future populations. While the IHME has produced alternative scenarios, these nuances seem to have been lost in the publicity surrounding the study. Of course, conservative estimates of future population forecasts noting considerable uncertainty do not make for attention-grabbing headlines.

A group of demographers are now preparing a letter – which we have signed – for the Lancet about the IHME study. It notes concerns that the models, data and underlying assumptions have not received sufficient scrutiny.

The doomsday scenario publicised in the media does not recognise that declining fertility often represents positive developments, such as increasing female autonomy and education. Nor does it recognise that such alarmist predictions may lead governments to pursue policies which undermine reproductive rights.

So, such studies must receive critical scrutiny, and the media coverage surrounding future population scenarios needs to be less alarmist and more cautious.

Brienna Perelli-Harris is a Professor of Demography at the University of Southampton.

Jason Hilton is a Lecturer in Social Statistics and Data Science at the University of Southampton.