The World Stopped on 9/11, But did it Really Change Anything? 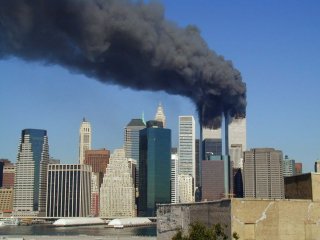 Key point: It’s tough to suggest that there were some clear lessons learned about power projection, the futility of empires, and the intractable nature of ancient disputes. The reality is that as much as 9/11 was an earth‐​shattering moment, we really learned nothing – a harsh truth.

On September 11, 2001, I was a graduate student at Vanderbilt University. Disconnected from the real world and at the height of my time in the Ivory Tower, 9/11 was a shock to the system. We were spending so much time dissecting the minutia of World War I and the Chaco War that the shifts to the international system were missed by many of us focused on details of international relations theory.

The prevailing question quickly became “is the international system in flux?” The general answer was yes, the entirety of our system had gone through a reset that became known as the Bush Doctrine. The go it alone strategy wrapped up the certitude of assured Western assumptions about power making right.

I resisted, instead pushing more towards the idea that this is but a continuation of the same. Smaller powers dragging bigger powers into conflicts that otherwise might be avoidable. A story as old as time, or at least World War I.

The post‐​9/​11 world was also a continuation of the norm of threat inflation. Certainly, terrorism was a threat, and 9/11 couldn’t illustrate the threat any better. But a threat to our way of life and a threat to our civilization? Profoundly no, the quick nods of awareness that hit the American heartland quickly faded into Forever War.

That leaves us right back to where we started in the current day, replacing the threat of terrorism with the threat of cyberwar, ignoring the even deeper threat of climate change, repression, and global inequality. The profound lesson we should take from 9/11 is how much things have not changed, how our behavior hasn’t been altered in any way really.

One must ask, what really changed with such a dramatic event? What lessons did we learn? Is the country better for the experience or have we just reverted right back to where things were on the eve of 9/11?

It’s tough to suggest that there were some clear lessons learned about power projection, the futility of empires, and the intractable nature of ancient disputes. The reality is that as much as 9/11 was an earth‐​shattering moment, we really learned nothing – a harsh truth.