World War II: The Royal Navy's Heroic Role in the Battle of Britain 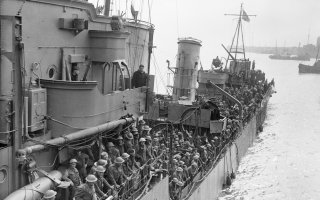 Here's What You Need to Know: The Royal Navy helped dash Hitler's dreams of taking Britain.