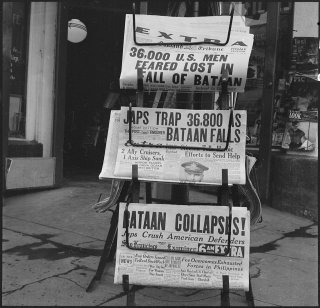 Here's What You Need To Remember: The strategic situation in Bataan was impossible to hold. General Macarthur was ordered by President Roosevelt to return to Australia - an order he obeyed, although the men under his command thought no better of him for it.