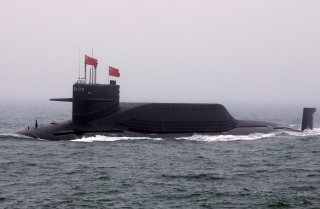 Here's What You Need to Remember: If efforts continue apace to build an “Indo-Pacific” alliance akin to NATO, Beijing may just feel sufficiently threatened to build submarines “like sausages” in order to meet ambitious war-fighting objectives. This would be an escalatory step China has so far refrained from taking.