From Worst to First: How the Javelin Saved America's Anti-Tank Arsenal 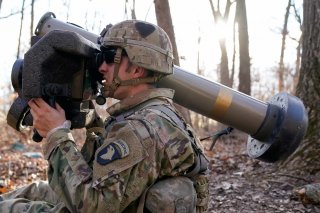 Here's What You Need to Remember: The Javelin was better than the Dragon in practically every way. In contrast to the Dragon, which was only exported to a handful of countries, the Javelin has been a major success worldwide (despite its cost) with major sales to the UK, France, and Australia.