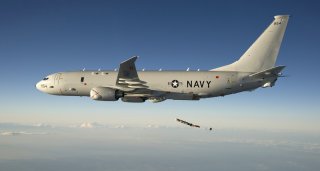 Here's What You Need to Remember: The P-8 also has been a hit with Commonwealth countries. Australia has begun receiving the first of twelve to fifteen P-8As to replace its AP-3C patrol planes.

You can see and hear the confrontation between the Chinese Navy and a P-8 crew observing one of the artificial islands in the video below: