Would an Aircraft Carrier Make Europe a Military Superpower? 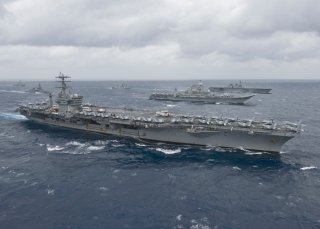 Here's What You Need to Remember: Perhaps the real question isn’t what a carrier would bring, but what Europe would give up. The German military is barely functional, with Typhoon jet fighters that don’t fly, ships that can’t sail and an ill-equipped army that is at a fraction of its Cold War strength.