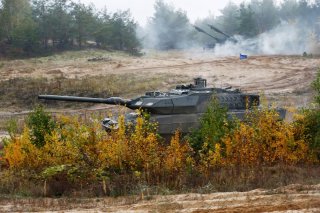 Here's What You Need to Remember: In addition to being good for the environment and reducing the carbon footprint, Stoltenberg has suggested that by adding solar panels, tanks could become less reliant on fossil fuels and that will increase the resilience of troops and military operations.