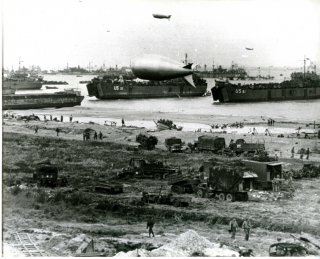 Here's What You Need to Remember: The obstacles to the D-Day landing in Normandy were formidable. They were not only on the sand there were also traps submerged in the water constraining the approaching Allied invasion force.

The school was led by Lt. Commander Draper Kauffman, who had prior served as a volunteer ambulance driver in France and then as a Royal Navy volunteer trained as an expert bomb disposal specialist during the German “blitz” over London.

These “Hagensen packs” were mass-produced as the NCDU’s preferred tool for surgically dismantling obstacles and even teller mines. For example, two Hagensen packs placed to each side of their gusset plates of steel hedgehogs knock it apart

“A freak accident caused the failure of another naval group; the officer was about to pull the twin friction-igniters when a bit of shrapnel cut the two fuses and his finger as well. The enemy saved one naval team the trouble of pulling its igniters when a bullet or fragment managed somehow to set off the prima cord and all the charges!”

Meanwhile, at Utah beach, where enemy resistance was light, the NCDUs lost only four killed and eleven wounded to an artillery bombardment.

He further noted “Under the conditions met by Force “O,” the use of a rubber boat for auxiliary explosives is undesirable. It is easily bullet-holed, it is awkward above the waterline, and it forces the men off-loading it from landing craft to gather and stay in one spot, a perfect target.”

He also argued that landing craft could be used to destroy wooden obstacles that weren’t booby-trapped by ramming and that fielding dozers to NCDU units would expedite clearance operations. However, Blackwell had nothing but praise for the Army engineers and tankers working alongside Navy demolitionists—and advocated tighter integration for future operations.