Xi Jinping Claims China Will Be "Carbon-Neutral" by 2060. Is That Possible? 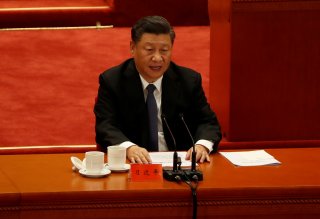 n a speech to the UN General Assembly in late September 2020, Chinese President Xi Jinping declared his country’s aim ‘to have CO2 emissions peak before 2030 and achieve carbon neutrality before 2060’.

As the first time the government has adopted a domestic long-term goal for emissions, the announcement took even seasoned China-watchers by surprise. China’s emissions comprise more than a quarter of the global total, so its plans are of unparalleled importance to global climate change mitigation efforts. According to one prominent estimate, China achieving carbon neutrality by 2060 could lower global warming projections by 0.2–0.3 degrees Celsius.

Yet, this would still not be consistent with the global trajectory needed to restrict global average temperature increases to within 1.5 degrees Celsius above preindustrial levels — the more ambitious of the Paris Agreement’s numerous objectives. According to analysis by the Intergovernmental Panel on Climate Change (IPCC), meeting that objective would require net zero emissions globally around 2050 and cuts of 45 per cent relative to 2010 levels by 2030. More recent scientific analysis urges an even faster timetable to reduce the risk of catastrophic outcomes. China’s 2060 carbon neutrality target would be 10 years too slow at the least.

‘Carbon neutrality’ implies net zero carbon dioxide emissions, but it is not clear what long-term trajectory China has in mind for its other greenhouse gas sources and sinks. The goal also doesn’t cover China’s financing of coal power plants and polluting infrastructure in other countries — but that’s another story.

All of this assumes China’s goal will be implemented, raising an important question of credibility. It certainly requires an enormous transformation. At a minimum, it would mean all but completely phasing out fossil fuel energy in power generation, transport, buildings and industry. Considerable changes in land use will also be needed to suck more CO2 out of the atmosphere.

According to one study, China could feasibly decarbonise its power sector by 2050 using existing non-fossil electricity generation technologies, and it could decarbonise much of transport, buildings and industry through widespread electrification and the deployment of other available technologies. Decarbonising the remaining sources of emissions would, according to the study, require technological breakthroughs, for example in hydrogen energy. This could occur if the government undertook a concerted energy innovation program over the relevant timeframe.

Achieving net-zero carbon emissions by 2060 would bring local economic and social benefits to China. According to modelling by Cambridge Econometrics, investing in clean energy and its related infrastructure would significantly increase Chinese GDP relative to a baseline scenario. It would also have numerous domestic ‘co-benefits’ such as dramatically lowering local air pollution — a scourge that causes millions of premature deaths in China every year.

Achieving this material and socio-economic transformation would require major changes in governance, planning, policy, investment and organisational practice at multiple levels. Here lies the greatest challenge, for China’s political economy is dominated by vested interests and riddled with perverse incentives for unsustainable production. State-owned enterprises in the fossil fuel and energy-intensive industries, as well as industry-focused bureaucracies and many provincial and city officials, still have a short-term interest in building fossil fuel power plants, steel mills, cement factories and other highly polluting infrastructure. Central officials often acquiesce or otherwise fail to rein them in.

There has been a dramatic increase in new coal-fired power station development in the last few years as central government planning controls have loosened. A study by the Centre for Research on Energy and Clean Air (CRECA) analysed priority projects in China’s main energy-consuming and producing provinces. It showed that the equivalent of hundreds of billions of dollars in post-COVID-19 stimulus is being planned for fossil fuel and energy-intensive industrial projects, exceeding planned spending on low-carbon energy threefold.

It is trends like these that make analysts understandably cautious about the significance of the 2060 target. As CRECA’s Lauri Myllyvirta notes, 2060 is a long way away and the government’s medium-term target gives it space to increase emissions until 2030. Myllyvirta’s nightmare scenario is that Xi’s announcement might simply serve to ‘sugar coat’ another decade of fossil fuel based industrial expansion.

The forthcoming five-year plan for 2021–25 will indicate just how committed the central leadership is to urgent climate action. Officials are rumoured to be mulling over more ambitious targets for increasing the share of non-fossil sources in primary energy and for reducing coal’s share. If Xi’s long-term vision for a decarbonised China is intended to have an effect on plans for the next five years, then a strengthening of these targets in coming months is the absolute minimum we could expect to see.

Xi’s announcement was also clearly intended to have an international effect. It was widely seen as an assertion of global climate leadership at a time when the United States has abandoned the field.

The influence Xi’s announcement may have on the US government will depend almost entirely on the results of the forthcoming US presidential election. Under a Biden presidency, Xi’s announcement could propel a repeat of the Obama–Xi climate cooperation that did so much to boost multilateral cooperation in the lead-up to the 2015 Paris Agreement. The alternative election outcome is less promising.

Both in China and abroad, the decisions made in the coming months will shape the meaning and significance of Xi’s announcement.

Fergus Green is a Postdoctoral Researcher focused on the politics, governance and ethics of climate change at the Ethics Institute, Utrecht University.

This article first appeared on the East Asia Forum.