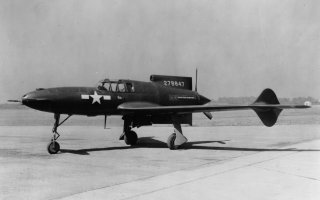 Here's What You Need to Know: The XP-55 Ascender was an odd-ball plane that didn’t enter production.