YB-49: The B-2 Bomber's Ancient Ancestor 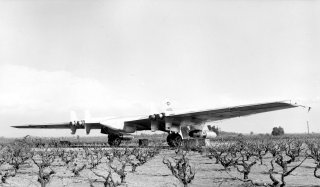 Here's What You Need To Remember: Although the technology inside the YB-49 and B-2 are radically different, the visual similarities between the two aircraft are impossible to ignore. The two share the same "flying wing" design - and, in fact, the same wingspan. And while the YB-49 never entered production, its design ideas helped to influence a generation of stealth bombers.

Robert Farley, a frequent contributor to TNI, is a Visiting Professor at the United States Army War College. The views expressed are those of the author and do not necessarily reflect the official policy or position of the Department of the Army, Department of Defense, or the U.S. Government. This article first appeared in April 2019.