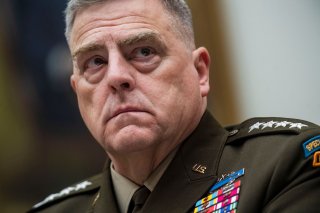 Last week, the Center for Government Contracting at George Mason University conducted a panel: “The DOD Budget Process: The Next Frontier of Acquisition Reform.” Anyone interested in the future of defense innovation should read Eric Lofgren’s provocative white paper presented at the panel, and they should also read the referenced historical documents and reports from the 1950s and 1960s that outline the basic assumptions and premises that underscore the adoption of program budgeting at DOD.

The Pentagon and North Korea are the last bastions of Soviet-style central planning left in the world. The Planning, Programming, and Budget System (PPBS) system was brought to DOD in 1961 courtesy of the “best and the brightest” of the Kennedy administration. At the time of its creation, the US was caught up in a post-Sputnik hysteria, concerned about a perceived missile gap and hindered by an intellectual elite that began to believe in the superiority of the Soviet command and control system.

This environment made it easier to adopt central planning practices, but business also had a role to play. In the 1950s, industry was adopting systems analysis and experimenting with management approaches that would allow central office bureaucrats to micromanage an organization and its programs to theoretically greater levels of efficiency and output. From Ford Motor Company, Secretary McNamara would bring to the Pentagon the “best business practices” of the day and a mindset that would bankrupt the auto industry less than two decades later. Program budgeting, once adopted at DOD, would then languish unchanged for 60 years except to replace the “S” in PPBS with an “E” for execution in 2003.

Central planning did not work any better in the Pentagon than it did in the Soviet bloc. Not that we were not warned. The problem of program budgeting’s disconnect from reality was pointed out in 1954 by the public administration scholar Frederick Mosher, and its Achilles Heal was time. The process time it takes to conduct program budgeting requires perfect foreknowledge of events many years prior to budget execution. Perfect knowledge as we know it does not exist, except in the minds of central planners. A budget system disconnected from the importance of time and impervious to flexibility leads to waste, misallocation of resources, and missed opportunities for innovation that can never be recaptured.

Hopefully, GMU’s paper will start a dialogue about our current defense budget process and how it hampers the acquisition process by negatively impacting development time, innovation, and the consideration of new ideas and concepts. It couldn’t be a moment too soon as future DOD programs are now approaching an eight-year morass to move through the requirements, planning, and program budgeting processes to go from good idea to first obligation of funds in the form of a signed contract. China delivers tangible capability to its forces in five-seven years while we are still moving paper. It doesn’t take a rocket scientist to figure out who is going to win that kind of competition.