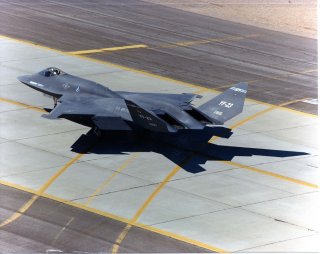 Here's What You Need to Remember: In the end, it wasn't that the YF-23 was a bad design, nor was it really a losing design. It was really just a classic example of where the competition was just that much better.

Peter Suciu is a Michigan-based writer who has contributed to more than four dozen magazines, newspapers and websites. He is the author of several books on military headgear including A Gallery of Military Headdress, which is available on Amazon.com. This article WAS was published earlier and is being republished due to reader interest.