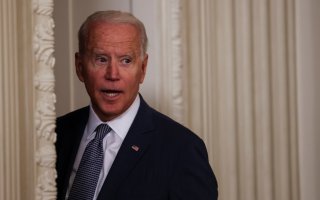 Here's What You Need to Know: The U.S. has seen an uptick in first-time unemployment claims.

First-time claims for unemployment benefits unexpectedly rose by 2,000 in early July to a seasonally adjusted 373,000, indicating possible hurdles in the months ahead after major economic gains during the first half of the year.

The Labor Department reported an increase in initial jobless claims for the week ended July 3, after reaching a revised 371,000 the week before.

“For the first time in three weeks, new claims posted a modest increase from the previous week’s upwardly revised level,” Mark Hamrick, senior economic analyst for Bankrate.com, said. “With a seasonally adjusted gain of 2,000 new claims to 373,000, it wasn’t a big move but just enough to make a difference. It is worth noting that aside from the number of new claims, continuing claims and the total number of individuals receiving some form of jobless assistance were on the decline.”

Another 99,001 Americans applied for relief under the Pandemic Unemployment Assistance (PUA) program, an initiative created under the Cares Act passed in March 2020 that sends jobless aid to gig workers, contractors and others who don’t normally qualify for traditional unemployment insurance. More than half of the states across the U.S. have nixed the measure, which is expected to expire in two months.

In the meantime, Pennsylvania and New York reported the largest increases in people filing initial claims last week, while claims in states including Oklahoma and Maryland dropped.

First-time claims in Texas and Nebraska also saw an uptick, as jobless residents may start to pivot to filing for regular state-level unemployment benefits rather than PUA since both states have halted the federal program.

“Across the U.S., several key states including New York, California, Texas and Pennsylvania had weekly increases in new claims.  Also, a few states reported no new claims under the separate pandemic unemployment programs as they step back,” Hamrick said.

The report comes after the department released another report this week that revealed there were 9.2 million job openings, nearly breaking a record.

“There’s a world of difference between what we’ve seen recently and where we stood a year ago with the level of distress in the economy. Most of the recent strains have been associated with the reopening of the economy. Even so, the number of Americans still receiving unemployment assistance remains quite elevated,” Hamrick added.