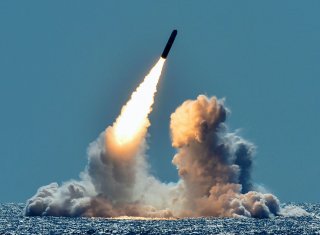 Here's What You Need to Remember: Goldfein extended this thinking to specify that, in an instant, US and NATO forces would launch a massive counterattack including, as he put it, “fighters, bombers, tankers, space, command and control, ISR, cyber, special operations and aeromedical teams trained and ready for high-end warfare.”

(Washington, D.C.) Red lights start flashing in rapid succession, space-based infrared sensors detect a heat signature, somebody calls the President...and in what may seem like a matter of seconds, the US launches an immediate, massive counterattack. F-35s, B-2 bombers, nuclear-armed Navy submarines, missile-armed destroyers, Ground Based Interceptors and satellites -- are all instantly thrust into action. Why?