You Have (Almost) No Chance of Becoming a U.S. Marine 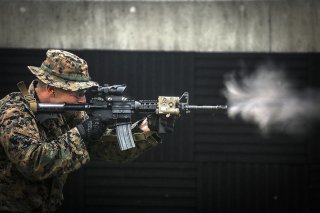 Here's What You Need to Know: A high dropout rate is a testament to how challenging both the physical and mental aspects of Recon selection are.