You Might Not See This Image For Much Longer: Are Navies Obsolete? 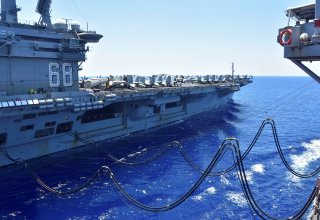 Here's What You Need To Remember: Anomalies abound in today’s marine paradigm. Aircraft carriers and other surface combatants, long masters of the sea, now operate under the shadow of shore-based missiles and aircraft that greatly outrange them—calling into question whether they can fight their way to the scene of a fight, let alone prevail. It’s hard to win command of the sea or project power ashore when you never close within weapons range to open fire.