You Need to Watch These 5 Top War Movies 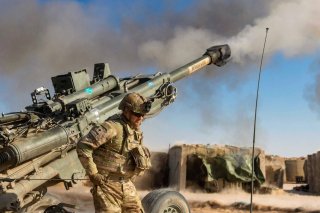 It’s a question for the ages: Why fight for a cause or country? Why do some flee and some charge into the valley of death? A golden age of Hollywood took that issue on—the makers of war movies made in the aftermath of World War II.

Millions had served. The conflict had touched every family. Tinsel Town was filled with veterans. Every screening faced a film-going public packed with ­­survivors of Guadalcanal; soldiers still suffering frostbite from the Battle of the Bulge; sailors who dodged U-boats in the Atlantic and airmen plagued by nightmares of Schweinfurt bombing runs. They all wanted to see their war, not the one fashioned in wartime Hollywood.

Here are five films that modern audiences may have forgotten (if they’re even aware of them, that is). That’s understandable. Old grainy black and white can’t match the jump-out-of-your-seat action in contemporary movies such as Saving Private Ryan (1998) and 1917 (2019). Nevertheless, post-war pictures movingly depict artists trying to portray how real people faced battle.

At the time, these introspective films, in contrast with more conventional spectacles like The Longest Day (1962) were often labelled “anti-war” movies. They most decidedly are not. What they tried to do is look at the war from the warrior’s perspective, a view that was not always pretty.

Today, post-modernists dismiss these films as barbaric expressions of toxic masculinity—much in the way intersectional zealots shun modern-day patriotic movies like American Sniper (2015). Pardon the pun, but that assessment misses the mark. What these movies reveal is the difference between our pajama boys and valley girls and the everyday Americans who had the grit to fight for their country.

Forget the critics. These are forgotten films worth watching.

1) A Walk in the Sun (1945): This film was actually made at the end of the war, based on a book written in 1943. It is, however, worth mentioning. A Walk in the Sun is a transition film with elements of both wartime-Hollywood style cinema that FDR once called “a necessary part of the war effort” and the more gritty reflective films of the post-war era.

After losing their platoon leader and platoon sergeant, the men carry on with the mission of trudging ahead miles through enemy territory, to take their objective, a heavily fortified farmhouse. The film has no real hero or message, just a bunch of GIs grappling with the indecision, uncertainty, boredom and terror of life at the front. One reviewer called the film “the most under-rated WW II movie of the 1940s.” (Also recommended is this short documentary about the cast.)

2) Attack (1956): The “greatest generation” had its share of cowards and incompetents as well as patriots and heroes. Attack has been described as “a cynical and grim account of war,” the kind of movie that could never have been made during the great crusade. In the waning days of World War II, a cowardly, inexperienced captain clashes with a war-weary platoon leader trying to protect his men. At the time of its release, it was considered a groundbreaking study of the ugly side of leadership in battle, a theme also explored in the acclaimed Paths of Glory (1957), about trench warfare in World War I.

3) Run Silent, Run Deep (1958): No aspect of naval warfare was more harrowing than fighting from a submarine, where there was rarely any middle ground between survivor and fatality. Crash Dive (1943) was one of the first movies depicting undersea combat in World War II. It was typical wartime fair including a soaring patriotic musical score. Run Silent, Run Deep offers a sharp contrast. In this film, the pressure of combat is as great as the pressures of the deep challenging the captain and crew.

4) Hell is For Heroes (1962): In the dead of winter, a lone, undermanned exhausted American squad has to hold the front against a fierce German counterattack. World War II films like Guadalcanal Dairy (1943) featured the ethnic and geographically diverse “all-American” squad with characters like Tex, Potsy the cab driver from Brooklyn, and a kid named Alverz from New Mexico. Hell is for Heroes turned that trope on its head with anti-heroes and odd-ball characters—the kinds of soldiers that also served in America’s army.

5) The War Lover (1962): This film was made in Britain, not Hollywood, but it was about a U.S. bomber crew, and it followed the American trend of post-war movies undercutting the mythologies of the “Good War.” What most Americans knew about the harrowing experiences of the air war came from wartime documentaries like Memphis Belle (1944). After the war, movies revealed the psychological struggles faced by men who flew under fire.

One of the first and most memorable was the acclaimed Twelve O’Clock High (1949). The War Lover delivers an even more personal and intimate view of the war these men knew as a single-minded bomber pilot treads a line between hero and psychopath.